Drifting Through a Bohemian Galaxy: Chapter 9 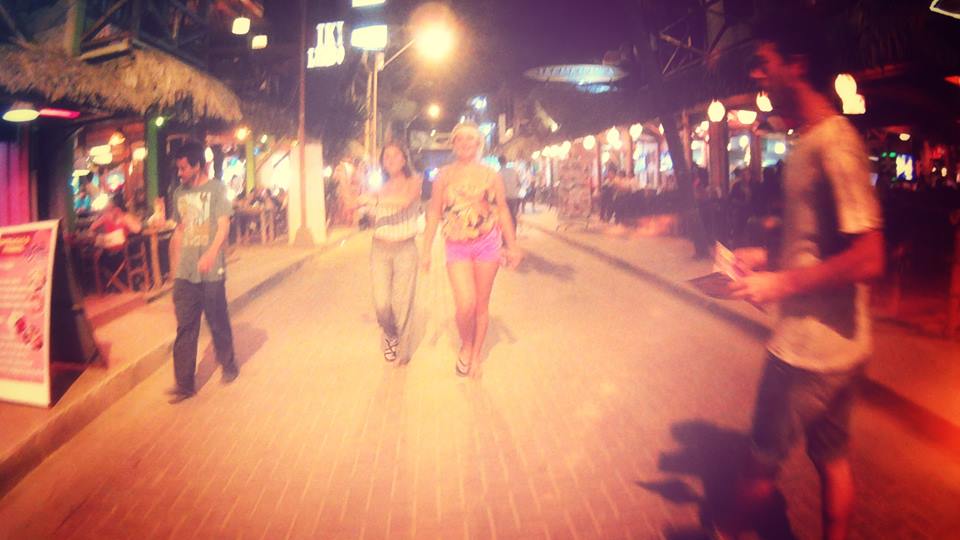 The cobblestone road follows the river, which leads to the sea & the small, vibrant town of Montañita. Around midday the town stretches, yawns and rubs the sleep off her eyes as the “munchkins” begin to come out.

Come out, come out, wherever you are… to sell to the tourists who came from afar.

Many people walking around town are barefoot, dressed in Bohemian garb. Some wear strange and bizarre hats; picture Dr. Seuss’ flower children. You see many feathers dangling from ears and jagged teeth dangling from necks. The sound of a beaten guitar wails in the distance as a hand carved flute gets blown in a dark alley. They set up shop on the side of the street and sell bracelets, necklaces, stone pipes & traditional, handmade cha-chas.

We walked along the stoney beach up to the point, a phallic rock on the top of a large cliff.

For lunch, we dined on arroz con pollo served with the most delicious blackberry juice, jugo de mora. With full bellies, we meandered about, checking the shops and analyzing the surf. As night fell upon the town it livened up significantly. Everyone seems to come out from their nooks and crannies to socialize & party in the streets, on the beach, or in a club.

We came across an alluring sign… “Marea: Beer + Pizza” mmm. The smokey smell of charred pies drew us in from the streets. We ordered a large Hawaiian pizza and it came with two draft Pilseners. Yes, please! Our server had a common hairstyle, a shaved head with a few errant dreadlocks protruding from the back. The pie hit the table and we were in bliss. The base was thin, bubbly and crunchy with a touch of char from the adobe oven. The sauce was simple, made with love & tomatoes. The full flavored cheese danced with the salty crisped ham. The fresh pineapple was the icing on the cake which sang when doused with their signature hot chili oil. Wowza! Pizza perfection.

Just when I thought the night couldn’t get any better, I realized that our hostel had hot water! I enjoyed my first hot shower in three weeks and was finally able to shave. Hallelujah! You don’t realize how good a hot, steamy shower is until you go for weeks with only frigid ones. Within ten minutes, we peacefully fell asleep… clean bodies, clean sheets, clean rest. 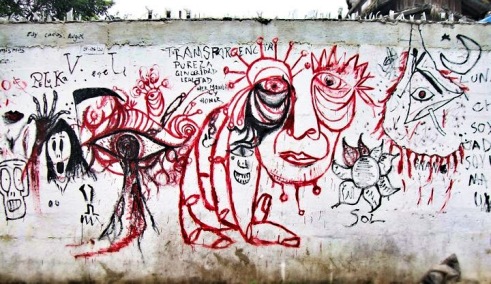 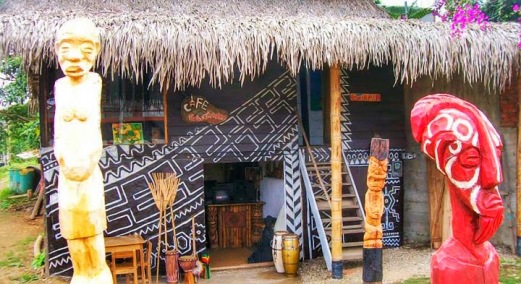 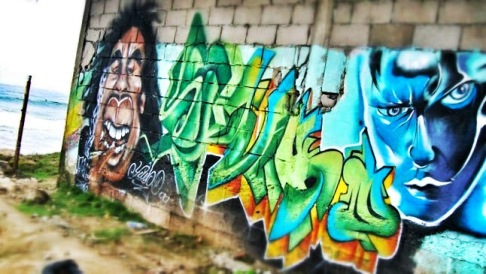 We met up with Drew and Jeff to grab some brews and watch some good old fashioned baseball. The bar they selected was awesome; they served complimentary freshly popped popcorn. The game on the tube was not the anticipated baseball, but rather soccer or fútbol, Ecuador vs. Colombia. Everyone was in high spirits as we all cheered for Ecuador. At midnight it was independence day for Guayaquil, so the whole town celebrated accordingly. 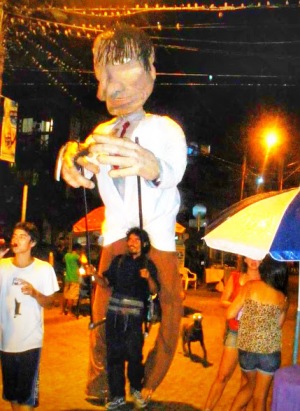 The festivities rolled into sun up and Logan did his own celebration in the water with a surf. The waves were not all time, a bit mushy, but you could see the point’s potential. To my left was an intense beach soccer game. It was getting super heated until they had to abruptly stop when a German Shepherd stepped into play and punctured the ball with his teeth. To my right, a la derecha, was a group of pre-teens writing love messages in the sand with goo-goo, ga-ga eyes and all. Behind me was a line of beach chairs and umbrellas which would soon fill with vacationers getting away for independence day. Various vendors were set up on the sand selling ceviche, hammocks, cocktails and more jewelry. All was good in the world.

After chilling in our hostel’s “yacuzzi” for way more than the suggested 15 minute maximum spa time, we ventured out for some libations. Jeff suggested a cool spot up the street, Nativa Bambu. The place is a bamboo fortress; a hipped out Robinson Crusoe tree house in the jungle, which overlooks the setting sun on the Pacific. The ocean breeze causes the white tapestries to billow into oblivion. They were running some great specials for Octoberfest and La Dia de Independencia. You get three large pitchers of amber beer. We were stoked and ordered like gringos.

Between the four of us we had the beer, 4 orders of fries, 3 cheeseburgers, 2 orders of nachos, and 1 hotdog. We gorged out on the scenery, food & bubbly suds. We called it a night to get our minds right for tomorrow. We would take the green Manglaralto bus to a town 25 minutes north of Montañita, a town called Ayampe.

Morning came and it was time to venture north through the Cinco Cerros mountains. While waiting for the bus on the sidewalk, amongst the busy clanking of construction and shouts from a distant fruit salesman, I stood under an eccentric spider, spinning an elaborate web. I noticed a space cadet at 1 o’clock, strangely shuffling around the center of the street, with his hands lodged deeply into his back pockets. His eyes seemed to be resting deeply into the sockets of his skull & all of a sudden he opened his mouth, not realizing so, to make a proclomation…

“Trippin’ from galaxy to galaxy! -The captain’s log.” Now he was on one hell of a journey man;  in outer space, in his head, in Montañita… no surprise. Finally it was off to Ayampe, via Manglaralto.

One thought on “Drifting Through a Bohemian Galaxy: Chapter 9”

Sweet moments @ellugarayampe 🐝 🍯💕 Special thanks to @dnr3 & @amaz1981 for protecting la naturaleza
Summer in Ayampe 🌺 El verano en Ayampe 🌞 2022 flashback ... Hasta pronto 😃
Sundown in the land of the moon many moons ago. ✨🌞🌊 #ellugarayampe
Pozole verdre estilo Guerrero con chicharrón y salsa de chile de árbol 🌶️🐖🌵 Gracias por la receta @chefrickmartinez (His cookbook 'Mi Cocina' bout brought me to tears with it's beauty) #querico #comidalatina #picante
Ask me about your dream vacation! Come stay at the villa in Ayampe to get away from it all... 🌺🌎🌊
The 🌺 hibiscus 🌺 flower lifts spirits and brings good fortune to the home 🏡 This yellow beauty symbolizing WELCOMING & JOY. 🌟💛😃
Loading Comments...
%d bloggers like this: