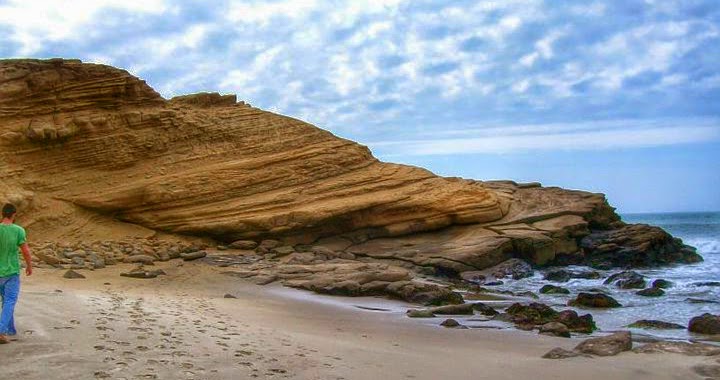 We found ourselves on a bus to Talara. At the station, we found the man with the sign that read, “Breakers Lobitos.” His name was Emerson and he escorted us, via motocombi, through an bouncy terrain full of deserted mountainous hillsides, which reflected the sunlight into my eyes. I saw no signs for Lobitos, in my half-asleep, adrenaline-fueled state, but I could swear I saw a sign for pizza.

The landscape was barren, strewn with dust, rubble, debris, sand & rock. A pack of dogs greeted us, and we chilled with the Peruvian hairless for a while.

It was only 6:45 am, so we decided to lay down in our bungalow where we quickly landed la la land. After some much needed rest we were ready to explore the desert landscape.

The sky was blue, the water green & the dust brown.

The point break was chock-full of kite surfers blowing around in the strong, gusty wind. There is also a solid concrete pier, next to the skeleton of what once was also a pier. Many fishing boats chilled along the western horizon. Shadows of abandoned mansions loomed over the east. We hiked up to the headland and snapped a couple of photos before lunch. The nearby restaurant, Peruana Sabor Cora, served us some chicken with rice and french fries, nice & simple. A vicious dust storm had brewed so we quickly took shelter in our bungalow to chill the evening away. 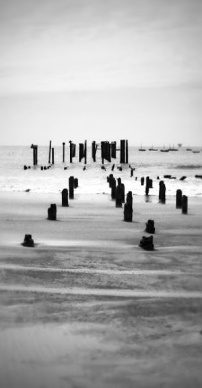 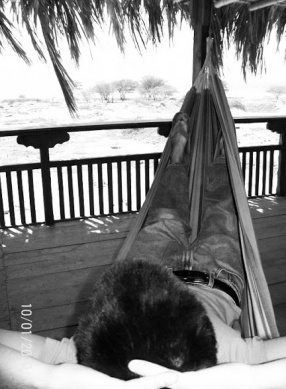 Dinner time rolled around and the restaurant was closed up tight. We ended up dining on granola, nuts & fruit. We drank warm Fanta and our last bottle of water. The next day we would rise with the sun and enjoy an early, tranquil surf (so we thought).

It was a quarter to six in the morning and we threw on some dusty clothes, grabbed a flashlight, and headed to the point. The twinkling lights of fishing boats glimmered in the distance. Some unidentifiable dots made their appearance in the water; perhaps fishing nets? Maybe a twilight mirage? No. Eight guys had already paddled out. The wind was light so Logan joined the crew before the sun made it’s official appearance.

Every ten minutes, five more guys would paddle out. Logan got a nice little barrel, and then moved to the inside section to avoid the crowd.

We headed back to the room & heard a strange, repetitive and melodic honking sound… the bread man! He had a basket of cheap & fresh bread, a perfect breakfast. He exchanged money with the cleaning lady as we patiently awaited our turn for “breadkfast.” He set the bread basket in the sand and momentarily conversed with the lady. One of the dogs, a dalmatian, entered the scene and sniffed the goods. The dog proceeded to lift his leg and piss all over our would have been breakfast. Noooooo! Oh well. We ate granola… again.

Lunch time rolled around after some reading and word games. We enjoyed a fresh & delicious ceviche served with plantain chips, las canchitas & a sweet boiled purple potato. From here, we weathered the afternoon dust storm, took a nap & smoked a Cohiba on the terraza. Another day passed by Lobitos. 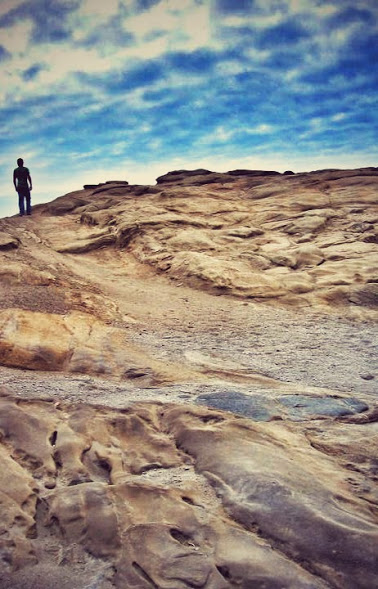 The next morning we did the same routine, no difference from the day before. Perhaps we were caught in a Lobitos time loop? Groundhog’s day anyone? We explored the beaches, again, and ate ceviche, again. The evening brought both darkness and change to the scene. The change came from above, as we heard an Americanized English conversation drifting through the bamboo walls and into our world. The familiar sounds lured us to the terrace where we met Cristina, Jeff & Drew (the only other people staying at Breakers). They had been traveling in South America for months and had so much great information to share. They would be heading to Ecuador for the next stop on their journey.

After another meal of granola, fruit leathers & nuts we pondered ourselves to sleep. This seed had been planted in our heads about the land to the north, full of damp & tropical mountains on the coast, a place called Montañita, Ecuador. Hmm… a possibility indeed.

Time moves slowly in Lobitos. You have no place to be, therefore no need to think about time. As the moments slowly drifted away, night turned to day. You acknowledge the notion that it is all the same day, time never really happens. We tucked ourselves in under a blanket of stars and returned to la la land.

The next day began like the rest, a crowded dawn session followed by exploring & chilling. We sat by the pier and watched some kids push their family into the shore break in their solid wood boat. There was no motor or rudder, just bamboo & wood. The method of getting the boat past the breakers is fascinating. A guy on the pier throws a rope to the guy on the shore who drags the long, tattered rope to the hull of the boat. From there, the kids push with all their might from the rear to get the boat into the water. They roll it over a short piece of bamboo & finally one guy hops in as he gets pulled out (during a lull of the sections) from the guy on the pier. Whew. Whatever works.

That afternoon I feasted on creative energy and planned an entire menu for our future restaurant (only a glimmer in my eye at the time). From here we slipped into another lazy afternoon, turned evening, turned night. We read to the blue light from our LED flashlight and drifted off into unconsciousness, again.

The next morning started the same as the rest: Logan put on his thick wetsuit, waxed up his board & made his way to the point. However, a voice came through the wall and interrupted the time continuum. “There is a wave coming in north of the pier and no one is out!” exclaimed Jeff, through the paper thin walls. We embraced the change of the new day & new found friends. We all jogged to el muelle, the pier, and a spectacular sight was in store. 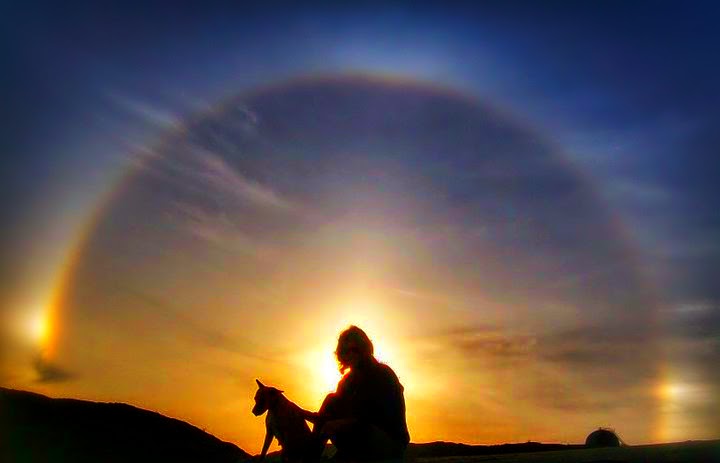 There was magic in the air… magic in the water. In every direction there were sights to behold! If you looked to the west there were big, clean slabs with reeling barrels without a surfer in sight. Upon turning your head eastward, towards the rising sun, you would see the most stunning, significant & spectacular rainbow around the sun. This was a celestial gift from the gods.

The rainbow lingered and we basked in its glory. The guys paddled out and some mackers rolled through. Cristina and I snapped photos and laughed in broken Spanglish. This was the best session to date, full of waves, wonder & wild natural phenomenons. 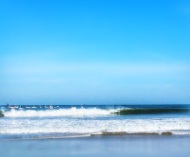 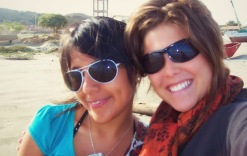 The last full day in Lobitos was spent planning our next move. Ideas floated around the room… Los Organos? Mancora? Tumbes? Pico Alto? Ecuador? One idea stood out to us both.

The town of Montañita sounded like as good a place to start as any, as Jeff and Drew would be heading there as well. We joined our friends for dinner at an unmarked green house for our final meal in Lobitos. La casa verde had amazing, flavorful lentils with rice and fried fish. We chatted with Drew about music, parties, traveling & life. We decided to travel together for a bit; we had no place else to be. The next day we would catch a moto to Talara, then catch the EPPO bus to Mancora, from there the CIFA bus to Guayaquil, then the CLP bus to Montañita. Ecuador… here we come!

Chapter 8: Somewhere Over the Rainbow, the Road to Montañita

2 thoughts on “Lost in Lobitos: Chapter 7”